A section of the TYPE-MOON interview that appeared in the August 2010 issue of Tech Gian, revealing that there will be no voices for the characters, a single route for the story with no choices, Aoko is the student council president, and more. 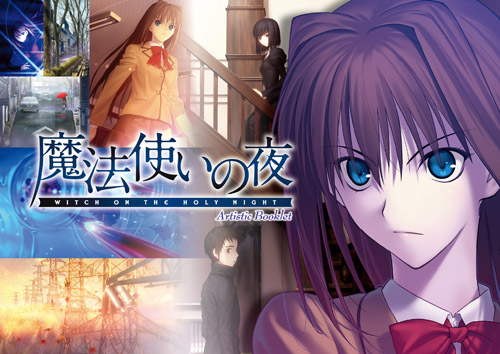 Like Fate, Mahoutsukai no Yoru doesn't make use of voice actors, could you please tell us the reasoning behind this?

Nasu: Sound is a very strong tool. The existence of voices can greatly affect a work's charm. However, each player has his or her own ideal voice for the characters that only exists in his or her own heard. I think this is one of the reasons characters from Tsukihime and Fate were so popular among gamers, because gamers can simply overlay their ideal voice over the characters. If the creators want a character to be loved by the players, they don't necessarily need to add in voices, forcefully impose their own vision onto the characters. In today's world, we feel very uncertain by not adding voices for characters, but still, we don't want to impose any specific impressions on the gamers, because human imagination is unmatched.

What's the difference between Mahoutsukai no Yoru and TYPE-MOON's other works up to now?

Nasu: The ones we want to please the most are the old TYPE-MOON fans who have supported us for the past 10 years, but we also don't want to alienate the younger gamers who rose from middle school to high school in the past four years , because this is about a story from "back then." This is also the reason to make the game all-ages instead of 18+.

Koyama: And also to allow current middle school students to try out the game.

Will there be branching story routes?

Nasu: No. The reason there is no branching stories is because this game wasn't created simply to be beaten. When we arrived at the result that Mahoutsukai no Yoru would be different from our previous works, we removed the ability to choose different paths in the story. To be honest, I think visual novels with so many story branches are using them as excuses to cover for the game's core content. Although it's very easy to create a game where an integrated choice system is used to develop the story, Mahoutsukai no Yoru is game that offers a great story, not a great system. This is why we feel there is no use for a branching story system. A game's interactive elements should be used in other areas.

Any characters eagerly awaited by TYPE-MOON fans aside from Aoko?

Nasu: Hmm, old fans should know already... "That person" will appear. Also, many settings will put a smile on the player's face. It looks like those with names won't be making an appearance. 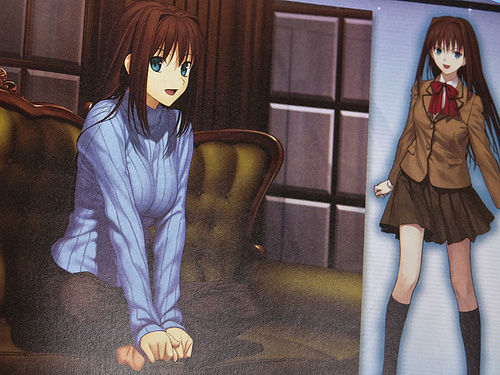 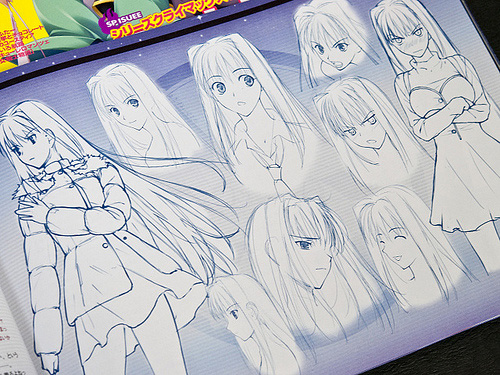 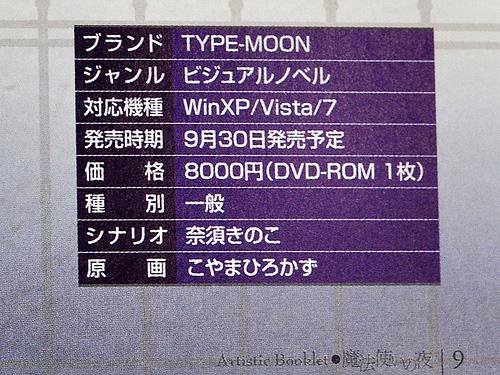