In 2006, a figurine of Saber (from Fate/stay night) given away as a "hand-made collector's edition item" by a Chinese comic magazine called Donghua Jidi (Anime Base) became a hot topic of discussion in both China and Japan. The cause of the debates was the figurine's ugly appearance. So spectacularly ugly was the figurine, some shops in Akihabara used the picture of the ugly Saber as advertisement and poster. 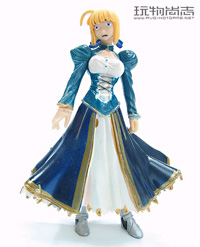 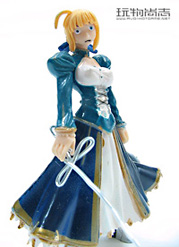 Saber is the heroine in Type-Moon's PC game "Fate/stay night." Figurine of Saber is usually created by ebCraft, famous for its great model, which usually sells out the moment it is announced.

According to the Chinese review site HotGame: "The most important part of a figurine is its face. This figurine's face is nothing but ugliness. I have never seen such an ugly face. It seems like some gene alteration was performed." 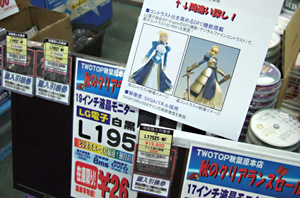 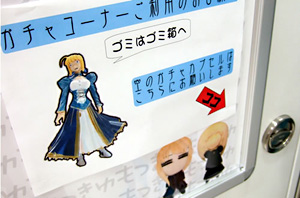