A translation of a 2006 interview from Dengeki Online with TYPE-MOON, where the Fate/stay night creators talk about the PS2 version of the game, Fate/stay night - Realta Nua:

The world of Fate was created roughly 10 years ago

- First, tell me your positions in the staff.

Takeuchi Takashi: I designed the characters and drew sketches. I was also producing and selling promotions.

Nasu Kinoko: I was in charge of the game's creation, and wrote the scenario.

- How did you come to make the decision of creating Fate?

Nasu: Fate was originally a story I wrote when I was in college. In it the gender of Saber and Shirou were opposite to now, but the essential theme had not been changed, it's the story about legendary heroes and "a boy meets a girl."

Takeuchi: I created it because I just liked it, and I wanted to make something like Tsukihime, but more sophisticated. I changed the character's gender, in order to have them fit in with the gamers today.

Nasu: Well, I remember one of the reason it was changed was because he made the request to let him draw a girl with armor. Finally it came true. XD

- What was the theme you are trying to express?

Takeuchi: Nasu's original story wasn't completed, but had its ending. I thought for almost ten years: "How did he come up with this ending?" It means a lot for me to be able to help finish this story.

Nasu: Hey, you are exaggerating. XD

Takeuchi: The first story is Fate itself for me.

They participated as advisers in the creation of the anime

- How did Fate become an anime? I heard that many fans were requesting it.

Takeuchi: In the beginning, we created Fate in our doujin group, so at first I hesitated to move on to the commercial field. When the first Fate story was completed, I felt: "Now could be the time for us to expand our field." We decided at the start that we must work with responsibility and expand our activity to another media form. I catched anime in my scope at that time. This time, we got an offer from Geneon Entertainment, Co., and we decided to agree to their offer after discussion with their staffs, and I felt we will
became a good team.

- What are your positions in creating the animation of Fate?

Nasu: I joined as a supervisor. The time of production coincided with the creation of Fate/hollow ataraxia," which we had to put priority on. Then, I discussed with the director and the chief scenario writer and decided to use the first storyline of Fate as the base of the anime. I suggested how to separate it into 24 episodes. I joined the meetings as a supervisor.

Takeuchi: I gave advice on the designs of the characters, their clothes, weapons, and how to keep their identification to their counterparts in the original game story.

Ayako Kawasumi's Saber has dignity in her cuteness

- Did you participate in the casting of voice actors and actresses?

Nasu: I participated in the casting meetings and acted selfish. XD Takeuchi had wanted to apply Kawasumi-san as Saber, and I agreed with him.

- Why did you choose Ayako Kawasumi?

Nasu: She has a beautiful, elegant, yet girly voice.

Takeuchi: I had her voice in mind from the beginning, because I needed the dignity in Saber's voice. I heard her voice in another anime and back then I thought, "Her voice is cool, pretty with dignity." Also the sound director had suggested her, I knew he had the same images of her as I.

Nasu: The reason Takeuchi picked Junichi Suwabe as Archer was terrific, he got the idea from "The Prince of Tennis." He was the candidate for another character, but the test result was so great, we decided to change immediately.

Takeuchi: His voice is pretty awesome, we had some options but we had planned to have a young actor for Archer, and all we needed after that was joining Jouji Nakata. :D

- Why did you want Nakata-san so eagerly?

Takeuchi: We love him XD

Nasu: He has participated in all our works from when we were just a doujin group. We met him when we were creating "Kara no Kyokai," he has a nice voice and he is a very nice guy, we fell in love from the time we first met. (laugh)

Takeuchi: He read all 2 bulky volumes of "Kara no Kyokai" just for his three lines of dialogs.

Nasu: It was when we were just a doujin group, we were impressed with his attitude.

- Why did you pick Kana Ueda-san as Rin?

Takeuchi: Her voice is too cute, but we dared to make Rin's voice cute.

Nasu: We thought, "Should we look for another possibility for Rin's voice? How about making Rin act overly proud with a cute voice? However it could be risky."

- What do you think about Noriko Shitaya as Sakura?

Nasu: She has a pretty sweet voice like honey. I can't blame her even if she do anything bad with that voice XD

- In the anime, Fuji-nee (sis Fuji) was also very impressive.

Nasu: She is very powerful, she has many fans among staffs and voice actresses. Miki Itou-san is naturally like her...oh,sorry XD

- What did you try express in the anime?

Nasu: The main theme of the anime was the "a boy meets a girl" story, because a majority of the opinions hoped for the first storyline, and the director wanted it also.

- Anime is following the story in the game.

Nasu: Sure, but if they have some good gimmicks, they can add it under our agreement. However some elements like magic spells, settings of the world, were deleted since all elements in the original stories could not fit into just 24 episodes.

- Now I need to ask about the PS2 version. Tell me how Fate headed to PS2.

Takeuchi: As I said, it part of our expansion plan. I decided to work with Kadokawa when we were going to take Fate to the console game market.

- Are you satisfied with the original Fate as a PC game?

Nasu: Now we are making it up in the creation of the PS2 version. All we can say is we are struggling, but the work is not been finished yet.

Takeuchi: Or I'm feeling the need to add something more to Fate's 100% completed game. If we add too much, it can break the balance since Fate is well constructed, but someone said there are still some things that should be done. We are going to challenge ourselves to finish it.

- Is the PS2 version that "challenge"?

Takeuchi: The PC version is too long because too many things are stuffed in, and some contents had to be chopped off. I'm happy to challenge it again.

- I'm told some new contents will be added, did TYPE-MOON create them?

Takeuchi: Sure, We created all of them. Graphics, scenario, and Nasu is supervising the recording.

Nasu: Takeuchi's first half of 2006 is dedicated to this project.

Takeuchi: Well, we are game creators, we need to create games.

- What is Takeuchi-san's position in the making of the PS2 version?

Takeuchi: Almost the same with the PC version. Producing promotions and sketches. All other works are done by our staffs.

- How many CGs will be included?

Takeuchi: It must be many.

- Do you have something to recommend to the users?

Takeuchi: There are something new in "that scene" :D

- Hmm, I won't forget about it...what about the scenario?

Takeuchi: No new storyline will be added. Some new CGs, voices, musics..we are doing them in our limited amount of time. 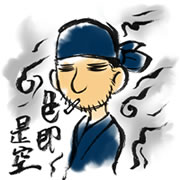 - The addition of voices must be great, already the rumors were going around about it.

Nasu: I can't talk about the castings. Actually I attended the recording sessions, it was so hard XD

Nasu: Not to break the fan's images of the characters is a difficult problem itself, and it needed too much time. Its scenario is too bulky.

Nasu: I asked, "Is this the scenario?" and I was told it's only a quarter of it. After we worked for four hours, there was no progress in finishing that quarter XD

Takeuchi: I should explain it in centimeters: "We finished 2 centimeters in 4 hours that day."

- Will the addition of voices change the impression of game?

Nasu: This game is already very long, we're afraid it will slow down the tempo. I hope game won't take over 100 hours to complete.

Takeuchi: Sure, It could be. XD But it must be enjoyable.

Nasu: Sub-characters have voices also. I hope fans will enjoy it.

- Did the voice actors/actresses say anything about the amount of work?

Nasu: "I didn't expect it" XD I correct the phrases that were hard to act on the spot.

- How long will it to finish the recordings?

Nasu: We intend to finish it in 2 and a half months.

- Are you going to take part in all of it?

Nasu: Yap, I can't break the images that fans have of me.

- Will the opening movie and music of the PC version be changed in the PS2 version?

- It must be great, and are there any limited versions?

Takeuchi: An "extra edition" for the PSP will be attached.

- Will TYPE-MOON create it?

Takeuchi: I can't say if we will, but we'll supervise it, fans will enjoy it.

Nasu: We'll create what we want to play. We have been considering it for a whole year, and Kadikawa agreed to let us make it.

We are considering this as the final version of Fate

- Say something for new fans that have not played the PC version of Fate yet.

Nasu: I hope fans of the anime will be able to enjoy the details, and they can simply enjoy the storylines that did not exist in the anime. Two years had passed but its graphics are still enjoyable.

Takeuchi: I think so. I hope fans will be able to enjoy its stories, like the truth about Archer.

- And what about the fans who have played the PC version?

Takeuchi: New graphics, the new contents we added, basically it's a transplanted version, but it has something new.

Nasu: The same scene will give new impressions. I hope fans will enjoy the highlight scenes with the addition of voices from actors/actresses.

- In the end, something for the fans.

Nasu: I'm a gamer also. I'm happy to be able to play Fate with a game controller. Please purchase the PS2 Fate.